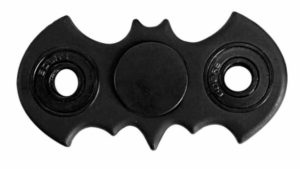 I have never been much of a “collector” myself. I was never into Pokémon cards, and I remember, to a lot of my friends’ dismay, putting down my ever-so-benign dad’s offers of buying me one of those metal beyblades that all the cool kids back in the day had.

I was always more of a vintage-toy person. I preferred yo-yo and tops more because of the sheer mechanical skill and expertise it took to spin one of these bad boys. Hence, I would incessantly consume a certain chips in hopes of free yo-yos back in the day and try to perfect trick shots all day long.

So you can easily understand why I wasn’t entirely enthralled by the idea of a fidget spinner as merely a toy. The highly satisfying feeling following the countless unnecessary hours spent behind mastering a yo-yo was always the best part for me. Fidget spinner totally deprives the user of that feeling since it requires zero skill. Give it a spin and you are good to go. Sums up the generation, eh?

However, on my best friend’s excursions to a land called Malaysia, I received as a present a what-you-call fidget spinner and I call pointless spinner, aptly painted with emojis as if it were mocking my repulsion.

Anyway, once I did start to fiddle with the tri-headed devious piece of plastic, I must admit I was pretty awe-struck and soon realised what the fuss is all about. Yes, I stick by the point that it is pretty, anticlimactic to operate initially, yet it is still oddly satisfying considering how it keeps spinning on and on beyond your expectation. In our rather sordid lives where we never get enough of anything, fidget spinners give us hope. As I stared at the law defying spinner gently whirring on its axis, way longer than I ever fathomed, I was filled with this rather rare feeling of content.

So, does fidget spinner actually help with ADHD? Well, most psychologists have already debunked the myth of fidget spinners “curing” attention deficiency and dismissed them as merely toys, not treatment. Therefore, the real question is whether it is actually worth it to splash much for one of the premium ones. From my experience, fidget spinners are fun initially and you have this compulsion fooling around with it when you lay your hands on it. But after a few spins, it loses its charm since there is not really much to it. It does not offer many tricks like a yo-yo, nor can it be put to competitive use like bayblades or playing cards.

While it might be a fun toy, it is basically more of a fad or a gag gift. I found it more distracting than actually helpful with the “retention of attention” during work. I would more often than not gawk at it as it kept spinning which is total contrary to its alleged purpose. However, I soon got bored and tossed it in my little cousin’s spinner collection.

So I would not recommend splashing your hard earned buck for premium ones, esp. if you are looking at its medical benefits. However, you can always purchase one of the cheaper plastic ones to fiddle around for a bit. Fidget spinners might be pointless, but hey, isn’t everything about life ultimately so? 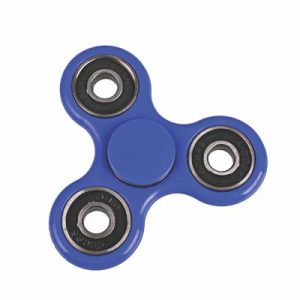